Post-lockdown travel requires greater planning ahead but stakeholders are confident that good destination marketing and eased restrictions will help to build back travel confidence. By Rachel AJ Lee 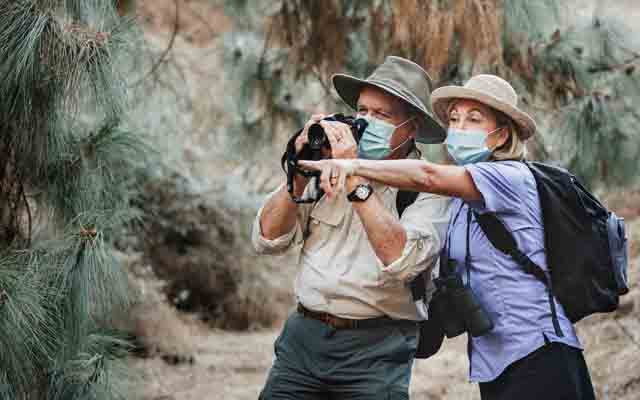 Various studies over the course of the travel freeze have found a strong inclination to travel once again. While findings inspire hope in travel and tourism stakeholders, it is difficult to ascertain how many of those intentions will become reality due to the pandemic’s fluidity. Travellers now have more considerations and hurdles to cross when planning for a trip post-lockdown. Staying visible
Despite the uncertainty, most destinations have continued to campaign with zeal, with a number remaining active throughout the travel freeze to ensure they stay top-of-mind among their target travellers.

Campbell Wilson, CEO of Scoot, noted that many destinations have been “playing up the element of wanderlust” and “invoking nostalgia or a desire to escape the everyday norm”, all of which are “relevant and resonant messages”.

Laura Houldsworth, managing director & vice president, Asia Pacific, Booking.com, agreed. “Many destinations made the shift from conversion-focused campaigns that actively encouraged travel, to campaigns that evoked the emotions and memories they were best known for, for when travel could once again happen,” she said.

Two campaigns, in particular, caught Houldsworth’s attention. The Messages From New Zealand campaign by Tourism New Zealand, reminded travellers of the bonds waiting for them when the time comes, through a series of emotive videos that brought to life a “see you later” text from an old friend.

The other is the Rhythm of Korea campaign by Korean Tourism Organisation, which embraced the power of hallyu and created hashtags like #MeetYouLater.

Booking.com itself also sought to keep travel dreams alive by inspiring individuals through its Booking Explorers campaign in Asia.

Healy pointed out Tourism Authority of Thailand’s Even More Amazing campaign, which showcased the country’s cultural and natural sites; Department of Tourism Philippines’ Wake Up In The Philippines campaign which highlighted pristine island destinations; and the Indonesia Tourism Office’s series of activities under the It’s Time For Bali campaign.

“We have seen the pristine nature and renowned cultural sites of these destinations take centrestage within these campaigns, which is very relevant in today’s context. People want to get back out there and it’s very important that they have something to dream about as border restrictions ease,” she added.

Despite having one of the most stringent travel restrictions in Asia-Pacific before her recent reopening on February 21, Australia remained active in destination marketing. In October 2020, Tourism Australia rolled out Australia in 8D across multiple markets including Singapore, Malaysia and Indonesia. The campaign blended cinematics with 8D audio technology, and created a 360-degree dreamlike soundscape for travellers stuck at home to experience Australia through their headphones.

Tourism Australia’s regional general manager of South & South-east Asia, Brent Anderson, said: “Australia in 8D was a way to engage people with travel and ease their tensions at the same time; during that period, we knew many consumers were turning to online content to alleviate anxieties, with the rise of meditation apps and ASMR content.”

The campaign performed “extremely well”, Anderson noted, driving 1.6 million clicks to Australia.com and leading to a 176 per cent increase in month-on-month website traffic.

Removing barriers
However, there are numerous challenges in enticing people back to travel. Current roadblocks include expensive Covid tests, quarantines, varying entry requirements, and other cumbersome border restrictions. Obtaining the most updated travel information is also another challenge, as the situation continues to fluctuate.

“A globally-recognised list of vaccination requirements, as well as the digitalisation of health records, will also facilitate fuss-free travels and go a long way in restoring customer confidence to travel,” Wilson stated.

Houldsworth stated that although governments have advanced the concept of digital vaccine certificates, it would be more helpful if countries could agree “on criteria that meet the needs of testing and vaccinations”.

Aside from ensuring the ease of travel, Healy said destinations must resume key sporting, entertainment or business events to regain travellers’ interest.

One bright spot on South-east Asia’s events calendar, according to Healy, is Singapore’s Formula One night race, which the destination will continue hosting for another seven years until 2028.

“Events like these are vital for recovery as they persuade people to travel again, which is such an important lever for economic growth within South-east Asia,” she added.

Anderson pointed to three key factors that would encourage travellers to move again – peace of mind (with regards to hygiene and safety, and seamlessness of the full travel process); confidence that there are great experiences awaiting that hold up to pre-pandemic standards; and value for money.

“Confidence and reassurance are key,” said Wilson. “Giving travellers confidence in health safety was an early focus, as was ensuring people had confidence that they had flexibility to change plans should government policies change. This is an ongoing task.”

Continuous dialogue
Industry stakeholders also highlighted the need to work closely with government agencies and health experts on a coordinated approach towards travel and tourism resumption.

Healy said it was imperative that governments across the region “consult with us, work with us and allow us to share our expertise”.

She also hoped that more countries would change policies to accept rapid antigen tests – instead of the more costly PCR tests – and align their entry applications.

As more people returned to travel and share their experiences, while processes become simpler or disappear, Wilson said travel confidence would build.

He is confident that once customers have taken their first flight, “any lingering doubts will likely dissipate and subsequent travel plans will naturally fall into place”.

“We have seen a huge demand on routes where pandemic restrictions on quarantines have been relaxed, as well as for Singapore’s Vaccinated Travel Lanes with many countries. This gives us great confidence that it is just a matter of time until full recovery,” he said.

And until that day comes, Anderson said Tourism Australia sees “a strong opportunity to appeal to (travellers’) innate desire to experience new cities and showcase our offerings to them”.