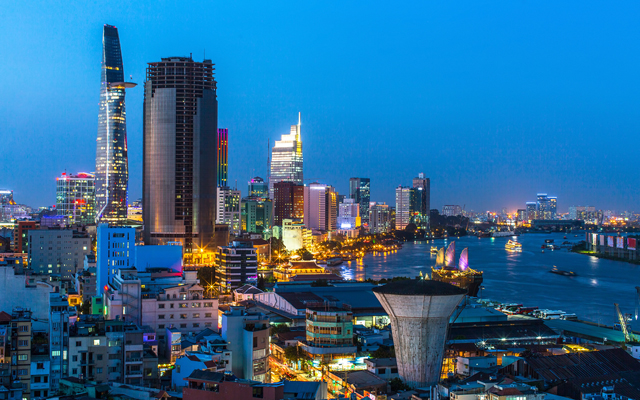 Vietnam and India will be linked by direct flights for the first time when LCC Vietjet commences four-times-weekly services between Ho Chi Minh City and New Delhi on April 5, hailed a boon for Indian outbound travel to Vietnam.

With travellers from India currently having to connect through Kuala Lumpur or Bangkok to get to Vietnam, Yogesh Kumar, Asian Trails Vietnam business development manager for India, said the new route is the “best gift for tourism in Vietnam”.

Pruthi Ranjan, market manager, Victoria Tour in India, added: “The lack of direct connectivity has been a big challenge for us. This has meant that a lot of Indians who otherwise would have travelled to Vietnam are opting for other regional destinations like Thailand. The lack of direct flights also makes the cost of overall tour package costly.

“We expect 30-40 per cent year-on-year growth once the direct air connectivity is in place,” he added.

Similarly, Trinh Nguyen Hung Dzung, chairman, TNK Travel Group, shared that despite the many requests for Vietnam among Indian clients, the lack of direct flights had posed a major inconvenience. “Indian tourists have to travel via Singapore or Bangkok to get to Vietnam, so they’d rather choose other destinations. If we have direct flights we can (better compete with) other destinations in the region.”

The new connection is expected to unlock the tremendous potential of the Indian outbound market for Vietnam and its neighbouring destinations, according to Karan Anand, head, relationships, Cox & Kings.

“These flights will open up the possibility of moving large groups from India to Vietnam and beyond, namely Cambodia and Laos. This will open up new regions for the ever-growing Indian outbound travel market, which is estimated at 23 million as of 2017,” Karan said.

“The adventure seekers – those who are interested in history, culture and cuisine – are expected to benefit. Within the incentive segment, small groups of between 10-250 pax will also be catered for. Many Indians have visited a lot of places in the East and this new flight connectivity will help open up new markets and segments,” he added.

In Vietnam, Fusion Resorts plans to ride the recent developments to target the Indian wedding market with its all-inclusive wellness offering.

Vietnam recently extended its e-visa scheme to India, and bilateral trade between the two countries is on growing, noted Akshay Moza, commercial manager at Fusion Resorts.

The new connection could be a prelude to larger improvements in connectivity between India and Vietnam, with Vietjet expected to commence flights to other Indian cities like Mumbai after gauging the success of New Delhi connection.

Vietnam Airlines also plans to open flights to India later this year. This includes to Buddhist pilgrimage site Bodh Gaya, which Nguyen predicts will be popular for Vietnamese Buddhist travellers.