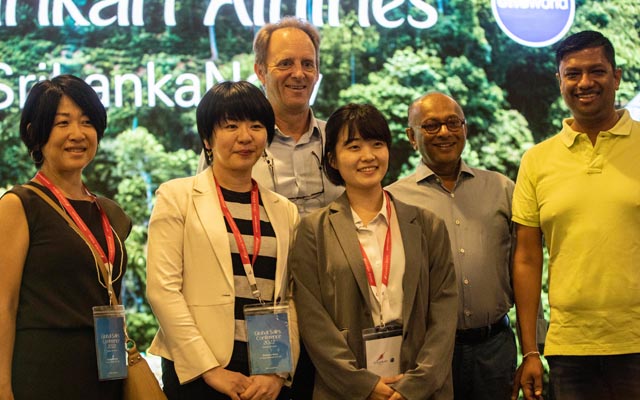 Fam trips for tour operators have been deployed by SriLankan Airlines as a tool to demonstrate the country’s readiness for tourism, with a series conducted over the course of 4Q2022 resulting in some group bookings.

The biggest fam trip, titled Pearl of the Orient, was hosted from November 16 to 19, 2022 for 170 agents from across the world, supported by local DMCs, hoteliers and the NTO. The programme was part of a larger event that comprised a main conference and a travel mart where more than 500 meetings were conducted between foreign tour operators and Sri Lankan DMCs.

Several fam trips built specifically for agents based in Singapore, Malaysia and Indonesia were also held since October 2022.

Richard Nuttall, CEO of the Sri Lankan flag carrier, said fam trips allowed participants to see what the destination truly is – which is especially crucial following a period of negative news coverage of the country’s economic woes.

“We are doing all we possibly can to get people back. The challenge at the moment is not so much that (people did not know about) the attractions in Sri Lanka, but that the international media has been sensationalising matters,” Nuttall told _TTG Asia_.

“Yes, the country has gone through some economic troubles but it isn’t unsafe to come here as a tourist,” he said, adding that news coverage has been “vastly exaggerated and not always accurate”.

He emphasised that long fuel queues were a thing of the past, as an efficient QR code system is now in place for fuel rationing. This allows travel operators to “get on with business”.

He also sought to correct the misperception of food supply in Sri Lanka.

“You may occasionally find that an imported brand is not available and that is due to currency issues. Some Sri Lankan families find themselves without enough money to buy as much protein as they need, and that is due to inflation,” he explained.

“We need tourists to understand that they are not taking food away from Sri Lankans. Rather, tourists expenditure can allow Sri Lankans to generate more income to feed their families,” he said.

SriLankan Airlines intends to continue with fam trips throughout this year, and is open to supporting travel agents that are confident about selling the destination.

Meanwhile, Nuttall shared that the airline remains committed to ramping up operations to facilitate inbound tourism. Currently, it is flying with a fleet of 18 aircraft, and is working with manufacturers to refurbish the engines of some aircraft prior to returning them to service, and with the government to replace others that are due to go off lease this year.

Fleet size is expected to expand this summer and winter, and return to the pre-pandemic collection of 27 aircraft by mid-2024.