Wellington has embraced and respected its environment, and put sustainability at the forefront of its future plans, ensuring the city’s business events industry will also be able to thrive in the long run. 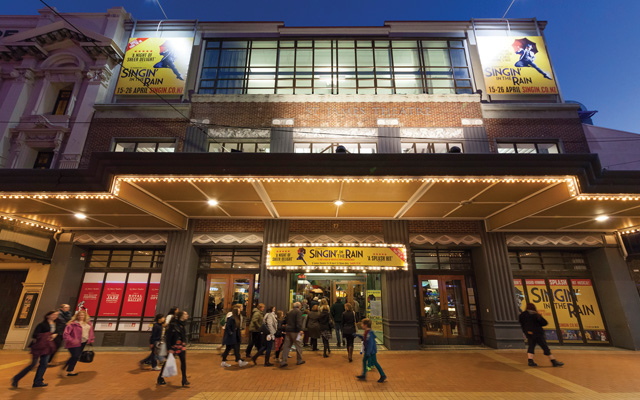 Te Atakura – First to Zero is a blueprint that Wellington city – and by extension its business events industry – is following, with the aim of becoming a zero carbon capital by 2050.

This move towards being greener is encapsulated in the soon-to-open Tãkina Wellington Convention and Exhibition Centre, scheduled to open in June 2023. The purpose-built venue is also the first convention in New Zealand to be awarded a 5 Green Star Design certification in 2021.

The venue’s green star design includes enhanced thermal insulation and high-performance double glazing, as well as efficient, automatically-controlled LED lighting, air conditioning and ventilation systems. When combined, these create a 66 per cent carbon reduction, and 60 per cent in energy savings when benchmarked against a comparable new build.

Tãkina will also sport a rainwater harvesting system estimated to reduce potable water consumption by 30 per cent, while timber materials used in its construction were sourced from sustainable forestry.

When complete, the multi-storey convention centre will boast 10,000m2 of conference space with a plenary seating up to 1,600 people, a 2,500m2 exhibition floor, two large, flexible plenary halls and meeting rooms.

Its project director Danny McComb pointed out that the project has considered the impacts on the environment, as well as the comfort and well-being of the people inside it.

“Increasingly, conference and event organisers are looking at the values, attitudes and approaches to climate change and sustainability of venues and we expect that this will only increase.”

Aside from Tãkina, other venues in the city have reiterated their commitment to being more responsible in areas of waste, water and energy, and are working with local suppliers to help planners achieve zero waste events.

Aside from sustainable venues, Irette Ferreira, Business Events Wellington’s manager, added: “Conferencing in Wellington provides event organisers with an opportunity to make a lasting difference by collaborating with local organisations such as Zealandia, the world’s first fully-fenced urban eco-sanctuary regenerating the city’s biodiversity, and Kaibosh, a food rescue organisation redistributing surplus food to people in need.”

Besides the direct economic benefits business events bring to the city and region, conferences in particular are a catalyst for change, investment and improvement.

Through exposure to new or different ways of thinking, sectors grow and develop, new ideas are formed and refined, and governments change policies and regulations. Through new relationships, business is conducted, not only during an event but potentially for years to come.

“Wellington is home to thought leaders who live and work in the city, crown research institutions, central government agencies, national associations and several universities. That means we have access to their knowledge, and a breadth of speakers that live locally,” Ferreira noted.

To date, business Events Wellington has secured more than 40 conferences for the city from 2023 to 2026, with an estimated spend of more than NZ$34 million (US$28 million).