New Zealand’s southern regions are bursting with inspiration for business events after a long hiatus, and not all for pandemic reasons. 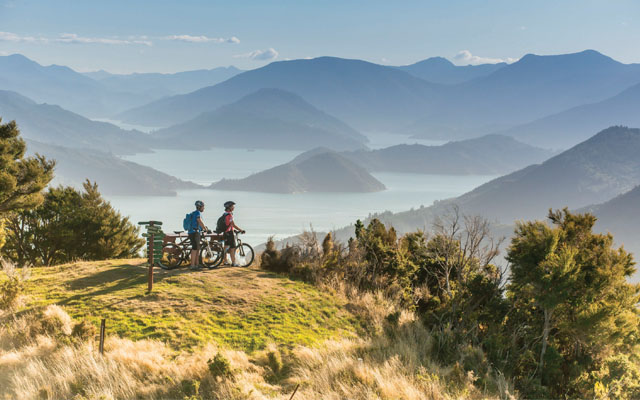 Renowned for its picture-perfect backdrops, the South Island of New Zealand is ready to put on a show with new products, experiences, destinations, and a tourism experience that promises to go deeper, having had more than two years to rethink its tourism offering.

“There’s a lot that’s new but there’s also a greater level of authenticity to the offer and it will be more connected to who we are as a country,” she said.

One of the South Island’s “new” regions is the re-birth of Christchurch, a destination that disappeared from the business events map after the major earthquake of 2011 devastated much of the city’s prized infrastructure, including the Christchurch Convention Centre, and pausing its domination of the conferencing market.

With an international airport just 20 minutes from the city, Christchurch held almost a quarter of the country’s market share prior to the earthquake, and 40 per cent of all Australians coming from “across the ditch” held their conferences in Christchurch.

The rebuild has been slow but as visiting delegates to Meetings in Christchurch in June can attest, the city has left its ruinous landscape well in the dust to showcase a vibrant, redesigned destination complete with the stunning new Te Pae Christchurch Convention Centre.

“What we launched at Meetings is a business events positioning that aligns with the reset that people have been experiencing in the way that we live and work, and also how we meet,” said Megan Crum, ChristchurchNZ’s head of business events.

“Otautahi Christchurch is about finding your space – not just a physical space to hold your meeting but a space to think, reconnect, imagine and create,” she added.

Christchurch now offers hot thermal pools that sit on the edge of the ocean, whale watching and acrobatic dolphins nearby in Kaikoura, and the world’s largest international dark sky reserve at Aoraki Mackenzie that provide perfect conditions for stargazing.

There is also a gondola that sits on the volcanic rim of the city, surrounded by the spectacular scenery one would expect from the South Island, as well as mountain biking and hiking within 10 minutes from the city centre, and almost 30 golf courses to choose from.

The city centre itself has a completely new vibe that is distinct from its pre-earthquake character.

“We now have a range of incredible little secret laneways and boutique shopping and things that, dare I say, echo Melbourne with an international flavour that we never had before the earthquake,” said Crum.

“Also, our Riverside Market, where the whole paddock to plate philosophy is incredibly important and is a wonderful experience for cocktail parties of 1,000 people, is just two minutes’ walk from Te Pae,” she continued.

While Christchurch is rich with opportunities for event activations, it also invites delegates to explore the rest of the island.

Most people would head south towards Queenstown, but another gem of an events destination sits north of Christchurch. Laying claim to one of the country’s highest sunshine areas, Marlborough has been on the radar for many Australian event planners but is often overshadowed by its bigger and more popular city cousins.

Yet, to explore Marlborough is to discover some of New Zealand’s best, especially if delegates are a fan of New Zealand wines. Some 90 per cent of the country’s wines are produced here and there is a plethora of opportunities for meetings on beautiful wine farms.

“We’ve probably been overlooked because lesser people know about us, but we’ve got the greatest ingredients for a small conference or incentive programme,” said Wendy Desiles, business development manager at Business Events Marlborough.

“Anything from four-wheel drives and helicopter tours, to hunting and horse trekking up in the Marlborough high country. You can swim with dolphins and there are some great corporate responsibility opportunities too,” she added.

Marlborough has been hard at work developing its incentive offering, which can include experiences like a private tasting at Louis Vuitton’s Cloudy Bay vineyard or a stay at the secluded Bay of Many Coves resort in Queen Charlotte Sound.

History aficionados will love Peter Jackson’s private collection of aircraft and memorabilia from the first and second world wars at the Omaka Aviation Heritage Centre, perfect for immersive aviation or golden-era themed dinners. Bolder delegates can even go on a “mild to wild” ride in one of the best WW2 fighters called Full Noise.

Noted Desiles: “There’s been a sentiment post-Covid of wanting to support tourism and events in smaller regions and communities. We have ways to focus and tailor the experience to different tastes and cultures, and we have an advantage because there’s such a variety.”