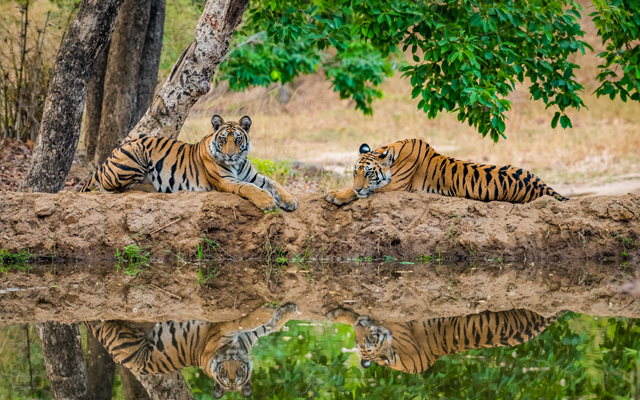 The central Indian state of Madhya Pradesh has grown in popularity as a tourist destination over the years in both domestic and international markets. Also known as the heart of India, Madhya Pradesh offers diverse tourism products including wildlife, heritage, cultural, adventure and spiritual trails.

With the pandemic situation drastically improved in India, the state is experiencing healthy tourist demand, especially from domestic travellers.

Travel consultants noted that strong domestic tourism pick-up coupled with trending appetite for off-the-beaten-track places are helping to enhance the popularity of Madhya Pradesh as a tourist destination.

He added: “Madhya Pradesh is emerging as an enthralling traveller’s haven with its fascinating history, diverse wildlife, vibrant culture, majestic waterfalls through verdant landscapes, indulgent cuisine and spiritual trails. Right from UNESCO World Heritage Sites like Khajuraho, Bhimbetka and Sanchi Stupa to Pachmarhi – the state’s only hill station, also listed as a UNESCO Biosphere Reserve or the architectural wonders of Mandu, Madhya Pradesh is attracting travellers across segments to explore the hidden gems of this fascinating destination.”

Growing demand from both leisure and MICE markets has attracted hotel developments in the region, with Choice Hotels India’s Comfort Inn Vilasa opened recently and Brij Hotels’ Brij Sone Bagh in Bandhavgarh set to launch end of this year.

Udit Kumar, co-founder, Brij Hotels, observed that domestic travellers are looking for the unexplored and “demanding something more than just a luxurious stay”.

As such, Brij Sone Bagh will focus on “providing the most unique locally-immersive experiences to our guests”.

“Till now, more than 150 projects including feature films, television serials and reality shows have been shot in Madhya Pradesh. After the implementation of the Madhya Pradesh Film Tourism Policy-2020, the state government is encouraging film tourism by providing subsidies and all permissions and clearances through a single-window online system,” said Yuvraj Padole, deputy director – events and marketing, MPTB.

Kanika Hasrat, area director – Uttar Pradesh, MP & Uttarakhand, Indian Hotels Company & general manager of Taj Lakefront Bhopal, shared: “We collaborated with MPTB for the Tribal Food Festival which showcased the unique culture and food of the indigenous tribes from the state to a host of invited bloggers from across the country.”

However, despite the rapid strides Madhya Pradesh has made as a tourist destination, it has yet to create a similar impact as other popular destinations like Rajasthan and Kerala.

D’Souza explained: “While improved infrastructure, increased awareness (due to the state’s innovative marketing) and a diverse range of tourist experiences has put Madhya Pradesh on the map, direct flight connectivity remains a challenge. Hub and spoke connectivity from gateway Indian cities will help attract both global and domestic travellers.”

According to Hasrat, there is a need to create awareness about the hidden gems of the state, like Chanderi and Maheshwari.

“I am confident that with the combined effort of the hospitality and tourism industry and the state’s tourism department, this beautiful state is going to see increased demand in the near future,” concluded Hasrat.

Editor’s note: A correction has been made to the original copy which stated that Brij Hotels’ Brij Sone Bagh has opened. The property will only launch end of this year.