Outdoor attractions are coming into favour, appealing to travellers who are desperate for a break from home isolation. We profile some outstanding places to go and things to do in Asia that play up nature’s best features.  By TTG Asia reporters. 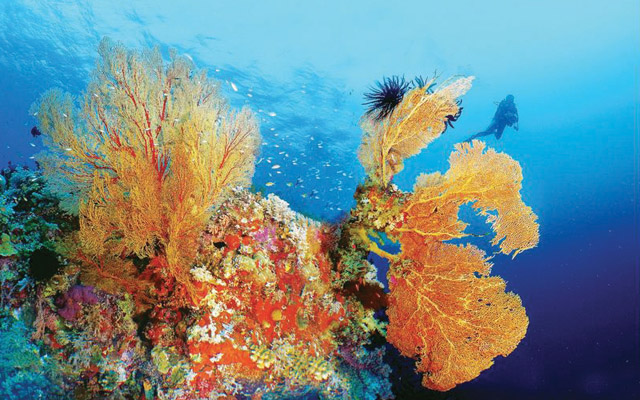 Into Cambodia’s wild
Experience Cambodia’s rugged wild on one of Sam Veasna Conservation Tours’ (SVC) birding and wildlife adventures. The award-winning eco-tour operator has been running since 2003 and is continually adding new itineraries that venture into relatively untouched areas.

With the aim of sustaining Cambodia’s wildlife and communities through ecotourism, SVC has also formed a unique partnership with the Wildlife Conservation Society to access some of their unique sites in protected areas. These include overnight trips to six-day adventures across Siem Reap province and the Northern Plains that take in camping next to waterfalls, staying at lodges, safari camps and treehouses. Wildlife highlights include the critically-endangered Giant Ibis and feathered friends at Prek Toal bird sanctuary.

Cut a trail in Kushiro River
Kushiro-Shitsugen National Park is home to Kushiro Marsh, Japan’s largest wetland. The vast landscape remains untouched, and canoeing through it provides visitors with access to nature that is not possible by other means.

The 9km course from Lake Toroko to Hosooka along the gentle Kushiro River takes two to three hours at an easy pace and passes through a scenic area rich in biodiversity. An expert guide can share insights on the geography and environment while pointing out wildlife on the banks.

The park is home to 700 alpine and cold-climate plant varieties including a species of the phlox family thought to be a relic of the Ice Age. Stone Age artefacts have been found in hundreds of locations around the marsh.

Floral delight
Tropical Montane Orchidetum is a new attraction that opened this year within Singapore Botanic Gardens, a UNESCO World Heritage Site. Part of the National Orchid Garden, the attraction simulates the experience of ascending through a tropical montane forest and showcases a diversity of orchids and other plants, such as bromeliads and gingers.

A highlight at the Tropical Montane Orchidetum is the Sembcorp Cool House, home to orchids from five biogeographical regions – Malesia, Continental South-east Asia and South Asia, Australasia, Afrotropics and the Neotropics. The temperature here is maintained at 16°C to 23°C, to emulate a high elevation forest. With some 1,000 orchid species and hybrids exhibited in the Cool House, this space brings pleasure to both floral enthusiasts and botanists.

Walk with giants
Cambodia’s Elephant Valley Project presents nature-lovers with a unique elephant experience in the remote mountainous province of Mondulkiri. The ethical sanctuary is home to both the country’s largest remaining wild and working elephants. It offers respite to overworked, injured or retired elephants belonging to indigenous bunong communities that populate the area. The elephants and their mahouts can freely roam the 1,500-hectare site.

While elephant riding is prohibited, visitors can stroll though ancient jungles alongside the giant beasts, watching as they forage for food, tear out young trees with their trunks, and wallow in natural mud baths. Options range from a half-day visit through to more than a week. Depending on the itinerary, guests can embark on a jungle hike to view elephants in their natural habitat and learn about elephant behaviour and forest ecology.

There is also the opportunity to meet bunong people to discover their rich culture and unique relationship with elephants and the forest, and their efforts to protect both from extinction.

Multimedia Ainu journey
An enchanted night walk around the shores of Lake Akan in eastern Hokkaido, Kamuy Lumina retells a traditional song of the indigenous Ainu people, via an immersive experience.

Multimedia entertainment creators Moment Factory and Akan Adventure Tourism combine the natural beauty of the forest, which is located in Akan Mashu National Park, with cutting-edge projection mapping, scenography and interactivity to create an otherworldly showcase of sound and light.

Akan is home to Hokkaido’s largest Ainu settlement and Kamuy Lumina is Moment Factory’s first multimedia production with indigenous people. It is also the first in a national park, making it a truly unique way to get up close to nature.

In the story, the kamuy (spiritual beings in Ainu mythology) have stopped sending deer and fish for hunting because mankind no longer respects the land. Two leaders of the forest, the owl and jay, are determined to give mankind a second chance by delivering a musical message to the kamuy on mankind’s behalf. Visitors take the role of rhythm keeper to help the jay deliver his lyrical song.

Set across 2,700 hectares of rainforests are 60 million year-old limestones that spike the tranquil landscape, 400 species of documented fauna and flora, and 40,000 native trees.

Highlights here are the sawa, snake-like hanging bridges that connect to limestone peaks; sapot, giant cobweb viewing platform; duyan, giant hammock of white braided ropes connecting the mountains; huts suspended in the air; and the meditation area called Liwasan. The Silayan Dining Room atop a hill is a fine dining, farm-to-table concept with menu that changes according to the local harvest season.

Deep dive
Tubbataha Reefs Natural Park is an extraordinary dive sites at the heart of the Coral Triangle, the global centre of marine biodiversity.

This 100,000-hectare marine protected area in Palawan, in the middle of the Sulu Sea, is one of the oldest ecosytems in the Philippines.

It treasures 10,000 hectares of coral reefs that support key marine species, among them 360 coral species or half of all the world’s coral species, 600 fish species, 11 sharks and rays species, and 13 species of dolphins and whales.

Accredited dive operators have a slew of activities for divers, while non-divers can take dive courses, snorkel, or watch birds – a new product that has been developed.

Tubbataha Reefs is open only three months a year – March to June – due to its remoteness and unpredictable weather. Tourists stay on the yacht or boat since there are no accommodations in the reserve. The gateway is the Puerto Princesa airport in Palawan before guests are taken to the nearby pier for the trip to the reefs.

Not your usual home
Akan Yuku no Sato Tsuruga on the shores of Hokkaido’s Lake Akan combines resort and ryokan.

The jewel in this hot spring inn’s crown is the collection of 33 public baths, including pools of hot, warm and tepid temperature, waterfall and whirlpool baths, and even a bath in a cave. The suite of outdoor baths on the eighth floor rooftop offers a commanding panorama of the lake, which is particularly striking in fall and winter. A secluded bath on the first floor sits along the shore and forested area.

Guests can choose from Japanese or Western-style rooms or opt for a suite that features a private outdoor bath overlooking Lake Akan.