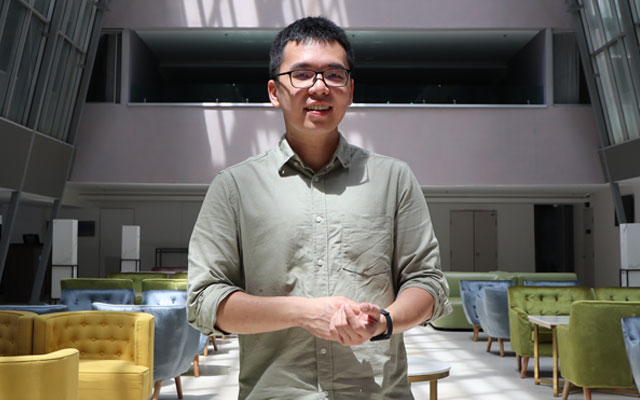 A few months into the pandemic that ravaged Malaysia’s hospitality industry, a pair of co-living space owners operating in the city centre was approached by a neighbourhood hotel in Kuala Lumpur to help fill up its vacant hotel rooms.

Leveraging on their co-living experience, the duo managed to help the hotel secure 30 guests staying for one month or longer within the first few months.

Buoyed by their success, the savvy pair, Jordan Liew and Henry Liu, got the idea to work alongside hotels in Malaysia to convert a portion of their rooms into medium and long-stay accommodation. Thus was born Roomah, a Malaysia-based rental accommodation startup focusing on providing flexible monthly stays to renters.

As movement restrictions and the remote working paradigm shift funnel guests towards extended-stay hotels, Roomah aims to capture this growing demand and help put heads in beds during the pandemic.

Alongside the team’s CTO, Kevin Ong, they decided to create a rental platform for hotels to list their accommodation bookable on a monthly basis at affordable rates.

Roomah was launched in May 2021, after a year-long pilot test. Filling hotel rooms aside, Roomah also aims to make the booking process seamless for guests, allowing them to book move-in ready or plug-and-play hotels for long stays with just a few clicks.

Explained Liew: “We have designed our platform (such that the) user can complete the whole booking process in five minutes via a web page or soon-to-launch mobile app.”

“Unlike traditional year-long leases, we want to ensure users don’t have to go through various channels, multiple viewings, price comparison and lengthy negotiations to find a suitable accommodation for longer stays. We make this happen by providing a standardised renting experience, both online and offline.”

Besides giving detailed information on each hotel listing, Roomah also provides virtual tours of each property to give users the confidence to book immediately.

New opportunities, new challenges
With selling long-term hotel stays, the biggest challenge is to educate the market about hotel living as users are not accustomed to the idea of staying long-term in a hotel, opined Liew. “In general, renters finding a place to stay for long-term will only look for conventional accommodations such as apartments and landed houses,” he said.

Liew added that the team strives to bring about a mindset shift by promoting the benefits of hotel living such as having all-inclusive rentals, fully furnished space, weekly housekeeping and 24/7 concierge support.

The Roomah team is currently in discussions with several hotels to redesign their rooms for a better long-stay experience.

Amenities wise, Roomah operates a hybrid model, according to Liew. The company allows hotels to list on its platform just like Booking.com and Agoda, while at the same time providing these hotels some long-stay amenities at their own expense.

Converting hotel guestrooms designed for short-term stays into medium and long-stay accommodations come with its own set of challenges.

“We identified the lack of kitchen facilities and readily available laundry services as main challenges to welcome longer-stay guests,” said Liew. He added that the company partners with laundry providers to provide pick-up and drop-off laundry services to its residents, and is currently in discussion with several hotels to build a communal kitchen so residents have the option to cook.

“There is also an alternative to include an induction cooker and microwave in each hotel room, however, that will be subject to each hotel’s approval,” he said.

Roomah for growth
Opportunities to optimise hotel inventory in Malaysia existed even before the pandemic.

Liew noted that pre-pandemic statistics showed that the average occupancy rate of hotels in Malaysia hovers around the 65 per cent mark, with occupancy rates for even the best-performing hotels rarely exceeding 80 per cent.

“This means at any given time, there will be 20 per cent of hotel rooms left vacant, and we hope to work with hotels to continue unlocking values of these unutilised hotel rooms by accommodating long-stay guests,” he said.

The hybrid work format and tighter budgets as a result of Covid-19 have placed hotels in a sweet spot to capitalise on the growing extended-stay demand by marketing themselves as a cost-effective lodging option to price-sensitive renters.

Opined Liew: “The various lockdowns imposed by the (Malaysian) government have caused the depletion of cash reserves of many individuals. Now, renters would prefer lower upfront-cost accommodation options such as hotel living and co-living.”

Since its launch, Roomah has received about 100 bookings, with average length of stay about three months now. Liew observed that customers are staying longer in a hotel now as compared to when they were just starting out, with the platform’s guests largely made up of interns, new hires, digital nomads and contract workers.

Roomah typically charges between 10-18 per cent of commission for each hotel listing, depending on the types and prices of rooms being advertised.

While Roomah’s business has been battered by Malaysia’s protracted lockdowns, Liew said they are using this downtime to improve their product features and work closely with more hotels and new partners to prepare for the eventual upturn.

Currently, there are 10 hotels on the Roomah platform, ranging from three- to five-star properties, with all situated in the Klang Valley. The company aims to reach 20 hotels in the Klang Valley to cover all key areas in the short-term, said Liew.

“We also aim to form strategic partnerships with start-ups, corporates, or student organisations that could add value to the ecosystem such as job portals, smart locker providers, BPOs and co-working spaces,” he added.

The company also plans to expand into Penang and Johor Bahru by year-end, and beyond its home ground to other regional cities, starting with Bangkok and Ho Chi Minh City in 2022.

However, the team’s ambitions go beyond the extended hotel stay segment.

Said Liew: “Hotel living is just the beginning. We are constantly working with hotels to think of ways to create more product offerings that fit the needs of users.

“In addition, we plan to work with boutique hotel owners to convert their hotel into a co-living building. This will create more affordable and flexible options for renters to live within the cities.

“In a nutshell, our vision is to create a world where people have the freedom to choose where to live and work. Roomah does this by repurposing and unlocking spaces that were once difficult to access or unsuitable to become more accessible and convenient.”

Looking ahead, Liew predicts Malaysia’s tourism recovery will be “sluggish” for the next six months, after which a vaccine-led rebound will be steered by domestic tourism. “In terms of international travel, it will be harder to predict as it depends on vaccination progress and travel restrictions imposed by other countries,” he said.

Overall, Liew expects that tourism will not return to pre-pandemic levels until earliest 2023. As such, he believes “it is imperative for hotel owners to take a proactive approach in exploring new ideas and alternative approaches in running their hotels over the next few years, while waiting for full travel to return”.