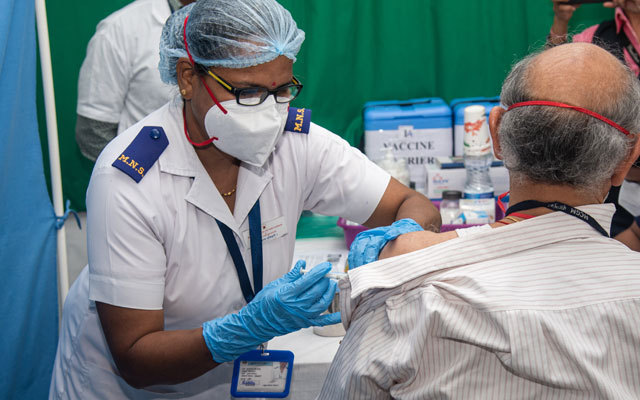 More countries are imposing travel restrictions on Indian arrivals as India continues to grapple with her worst Covid-19 wave of infections.

Some 349,691 new infections were recorded on April 24 alone, giving India the dubious honour of being a record breaker for the most number of Covid-19 infections in a day.

New Zealand, the UK, Italy, the US, the UAE, Indonesia, Singapore and Hong Kong are among countries that have imposed temporary restrictions on travellers who have resided in or visited India.

Humanitarian help is pouring into India as the crisis intensifies. The European Commission is coordinating with member countries to provide oxygen and medicine to India, while Singapore state investment firm Temasek is sending medical equipment, including oxygen-related supplies.

Over the weekend, the White House announced it would lift a ban on sending raw materials abroad, enabling Indian vaccine manufacturers to make more AstraZeneca vaccine.

Amid growing global concern for India’s predicament, Rajeev Kohli and Rohit Kohli, joint managing directors of Creative Travel, one of India’s largest travel and tourism companies, have published a statement urging the public to appreciate India’s past success in Covid-19 pandemic containment.

They noted that the number of cases had dropped across the country, allowing a relaxation of movement restrictions. However, that led India to drop her guard, they opined.

“Our governments, central and state, allowed for large political and religious gatherings (in the millions), and this was perhaps just (the) opening that the virus was looking for. Our governance lacked the foresight to see what was coming. The second wave came so fast that it took us all by surprise. We were not prepared,” they wrote.

The Kohli brothers also expressed: “As you see images of India this week, let’s not forget all the images we saw of body trucks in New York or stretchers on the street in Italy. The world is all the same. We have all suffered the same aspects of the pandemic. A small difference in India is that our last rites are very public, very poignant and very visual, and that makes for good news headlines and graphics. As much as we hate it, we need to accept that media markets tragedy.”

The statement emphasised India’s ongoing efforts, such as the national vaccination programme, as well as the country’s low caseloads and low mortality rates. “India still has one of the lowest per million caseloads and one of the lowest mortality rates at 1.13 per cent against the world average of 2.12 per cent. We have had an average of 147 deaths per million of population, and only 1.3 per cent of the population has been infected,” they wrote.

The statement concluded with a belief that India’s resilience, spirituality and supportive community will take the country out of the latest crisis. – Additional reporting by Rohit Kaul