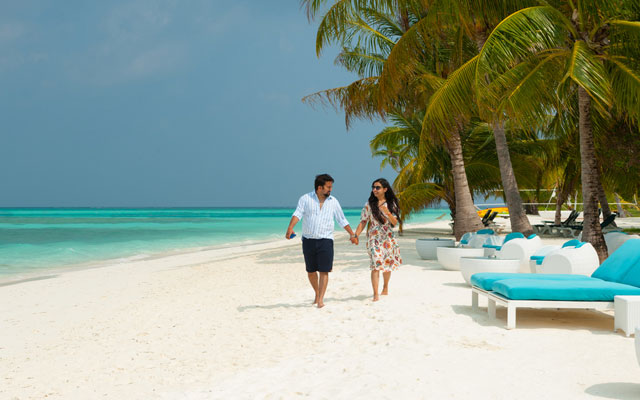 A resurgence of Covid-19 has not thwarted the travel plans of India’s super-rich, who are escaping the pandemic-ravaged region by flocking to the Maldives, with India emerging as the island country’s biggest source market last year.

Last year, 62,905 Indian tourists holidayed in the Maldives, accounting for 11.3 per cent of the total market share, according to the Indian High Commission in Male.

In second place was Russia, followed by the UK. For many years, China has been the mainstay of the Maldives’ tourism economy, but Chinese visitorship dropped sharply in 2020 as China put in place outbound travel restrictions to stem the Covid spread.

Incoming travellers from India to the Maldives largely comprise Bollywood celebrities and luxury jet-setters opting for stays at high-end resorts.

Five Indian cities have flights to the country’s capital city of Male, with five airlines operating there, under the air travel bubble established between the two countries, according to a Times of India report.

As one of the few countries which remains open to foreign tourists amid the pandemic, the Maldives has seen a steady climb in international arrivals since its reopening last July after a four-month closure. The island nation initially reopened with no testing or quarantine mandates, but changed tack in September to require all incoming travellers to present negative Covid-19 test results and complete an online health declaration form.

Even as countries worldwide battle a virus resurgence, the Maldives recorded 96,411 tourist arrivals in December 2020 – a drop from the 171,348 recorded in the same period in 2019, but still a creditable showing in the midst of the pandemic, according to industry officials. December’s figures were more than double that of November arrivals of 35,200.

In fact, the surge in tourist arrivals caught some Maldivian resorts and guesthouses unprepared. “The industry didn’t anticipate such a rush and some resorts reported a shortage of some consumables including liquor and some choice wines,” said the head of a destination marketing company. “There was no stockpiling of goods as resorts didn’t want to overstock, not expecting such a rush.”

“Despite the pandemic, Maldives tourism has done well. We expected a good last quarter for tourism, but the results were beyond expectations in December,” noted Maldives Marketing and Public Relations Corporation managing director Thoyyib Mohamed.

According to the former president of the Maldives Association of Travel Agents and Tour Operators, Abdulla Ghiyas, resorts ran at almost full occupancy at 60-70 per cent, given than a portion (ranging from 10 to 20 per cent) of the room inventory has to remain closed and kept for health and Covid-19 emergencies. “Some resorts have allocated a higher portion for health use,” he said, adding that while December was a good month for the country’s tourism, January is also turning out to be positive with 20,000 arrivals in the first week alone.

The Maldives has reported 14,040 Covid-19 cases and 48 deaths, with most of the cases confined to Male, isolated from resort islands, where a few cases have been recorded.