Former airline executive Dane Cheng has his leadership skills put to the test, as he steps into the role of Hong Kong Tourism Board’s executive director just as the city is plagued by civil unrest and on the cusp of a global tourism meltdown due to the Covid-19 pandemic. 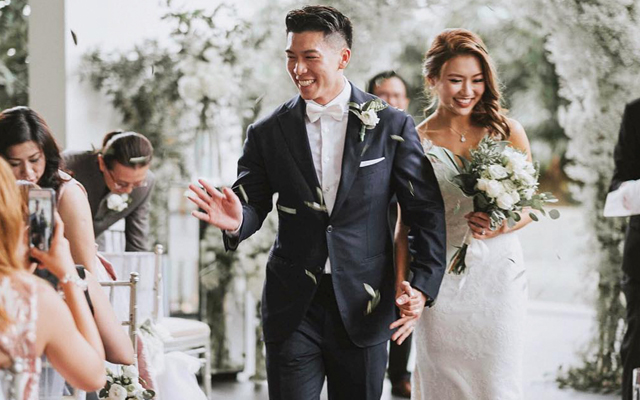 An endless honeymoon is not as wonderful as it seems, discovered a South African couple recently in the Maldives. The duo went viral after a New York Times report revealed that they were stranded at a luxury resort due to border closures.

Widespread travel restrictions have led several industry players across popular wedding and honeymoon destinations in Asia, including Japan and Bali, to report a sharp decline in business.

Capella Singapore, known for its upscale weddings, saw nuptial bookings dwindle to zero over the last two months as the local government introduced a “circuit breaker”, which prohibited people from gathering with those outside of their immediate household.

“We (used to have) an average of two to three weddings every weekend, and (even) more during peak months,” said Dora Wong, the hotel’s creative style director.

Over in Japan, Tomoko Yagi, general manager, Aman Tokyo and regional director, Aman Japan, shared with TTG Asia that the hotel “used to welcome at least four to five couples a week on honeymoon”. Those numbers have since dropped off.

A property in Bali – a favourite destination among couples – has also been affected. Hemal Jain, general manager, Alila Villas Uluwatu, said that the resort hosted up to 250 weddings a year prior to the pandemic. Now, a small number of weddings have been cancelled, though many have been postponed to next year.

Moving the date forward appears to be the way to go for several clients of bespoke travel agency Lightfoot Travel. Co-founder and director Lucy Jackson shared that “a couple of honeymoon bookings for this summer” had been moved to summer 2021.

Flexibility in demand
Wong recalled how two weddings at Capella Singapore across the weekend of March 28 and 29 were impacted, when a series of new social distancing measures kicked in on March 26. Wedding planners and hosts were advised to keep total participants and attendees to ten persons and under, and ensure minimal social interaction.

“We had to entirely reconfigure our ballroom setup and seating plans to ensure we were complying with the new measures,” Wong recalled.

As decor and florals had to be reconsidered, her team worked “round the clock to ensure the wedding day was “(one) to remember” even amid the restrictions, she added.

Due to the new restrictions, guests were offered the flexibility to postpone or cancel the celebrations, she shared.

Challenges and outlook
Having been monitoring the progression of the pandemic, many players seemed hopeful that couples would begin making reservations again in 4Q2020.

Of course, travel restrictions continue to present a challenge to businesses. Recovery at the Fivelements Bali, for instance, could be partly contingent upon European guests being allowed back into the province, noted John Nielsen, general manager.

Other industry players gave their predictions on when numbers would start to rebound. Nielsen believes it will gradually occur in or around October and November, and initially involve Indonesian couples hosting small, intimate celebrations; Yagi, more optimistic, reckoned it may happen by September.

Despite the uncertainty, Wong shared that her team has been receiving new enquiries for celebrations to be held next year and beyond.

Goh Wan Qi, wedding planner, Beautiful Gatherings, remains positive. While she acknowledged that couples are less likely to spend on travel or wedding planning services in the current downturn, she reckoned there might be a boom in both industries once the pandemic is over.

Think local and regional
Wong predicted an increase in staycation honeymoons after the pandemic, sharing that couples who want to “spend some time away together” but are not yet comfortable to travel overseas are likely to choose the option. Jackson agreed that couples would probably consider travel within their country or to nearby nations.

Jain added that couples could come out of the pandemic with a greater appreciation of their country’s “charm”, which could contribute towards making domestic travel a more compelling option.

Think intimacy and personalisation
When asked about business outlook post-Covid-19, several industry players reckoned there would be a greater demand for private and intimate settings, including more unconventional options such as villas and a chef’s table celebration.

For Jain, this is an opportunity for destinations and resorts in Asia to improve on their offerings and services. They would likely need to deliver personalised and authentic wedding experiences of a variety of sizes, he said.

Think health and sustainability
Besides a new focus on the local and the intimate, industry players expect the pandemic to bring home concerns over health and well-being.

According to Yagi, couples might opt for serene locations or look to places offering programmes with a focus on fitness and wellness.

Meanwhile, Jain predicted that the renewed focus on health would extend to concerns over the source of ingredients. He reckoned that sustainability-driven accommodation, such as Alila Villas Uluwatu, would have a competitive advantage, as such a business model would involve sourcing food responsibly.

Goh shared couples might also come out of the crisis with a greater appreciation of nature, borne out of the need to stay indoors. This could lead them to scout for nature-based travel options.