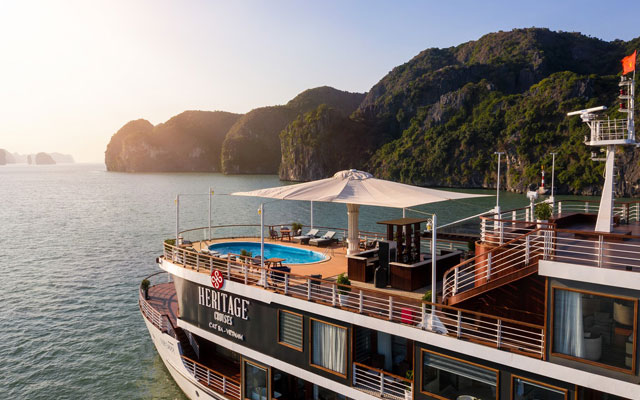 Heritage Cruises will launch its maiden voyage following the coastline of Vietnam in September 2020, on board four-deck, 20-cabin boutique ship Binh Chuan.

The first 10-day/9-night Heritage Binh Chuan Expeditions will depart from Halong Bay on September 7, 2020, and arrive at Nha Rong Saigon Seaport on September 17, with stopovers in Danang and Nha Trang. The return voyage will take place from September 20-29.

The Heritage Binh Chuan Expeditions offers cruise holidays to more than four destinations in Vietnam and UNESCO heritage sites, such as Halong Bay, Hue, Hoi An, and Saigon. An array of onboard activities and shore excursions are also available.

The maiden voyage from Haiphong to Saigon is a charter booked by an Italian group but the return trip from Saigon to Haiphong, also calling at Nha Trang and Chan May (Hue) seaports on the way back, are still available on a first come, first served basis, with prices start from US$5,200++ per person for the 10-day/9-night expedition.