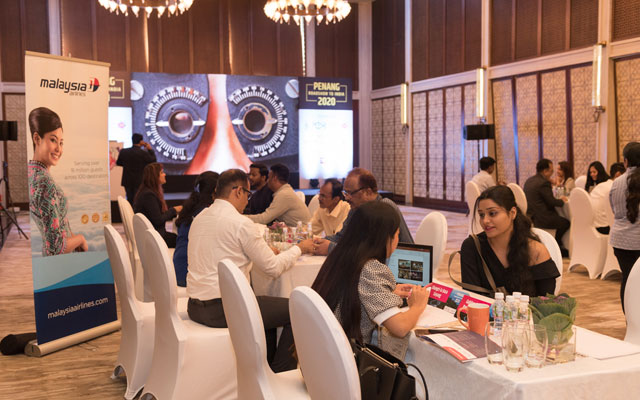 To further attract the Indian outbound MICE market, the Penang Convention & Exhibition Bureau has rolled out a specialist programme, as well as introduced a new support package, as part of a roadshow to India.

The Penang Specialist Programme will be a full-day workshop and Indian stakeholders with first-hand knowledge of Penang. The certification is valid for three years upon which qualifying members will be invited for recertification.

Among the incentives that the Penang Specialists can qualify for are incentives for group sales of 100 pax and above, fam trips to Penang, opportunities to attend PCEB’s training and networking programme in Penang and India, and more.

A new support package specially tailored for the Indian market has also been rolled out. Support packages start from as low as sponsorship of souvenirs and welcome luncheon for the organisers valued at RM3,500 (US$858; for confirmed meetings/conferences of 50 to 100 delegates) to hosted site inspections, welcome luncheon for organisers, cultural performances and souvenirs valued at RM10,000 (for incentive groups of 501 delegates and above.)

These announcements and activities were part of the Penang Roadshow to India 2020, led by Penang’s minister for tourism Yeoh Soon Hin and CEO of PCEB Ashwin Gunasekeran, and supported by a delegation of 14 hotel, attraction, and DMC partners.

“The number of Indian travellers to Penang has also increased in recent years. The Penang Immigration Department reported that for the period between Jan to Dec 2019, 61,847 Indian travellers visited via the Penang International Airport and Penang Swettenham Port (cruise liners) compared to 43,537 in the same period in 2018. This is a 42 per cent increase, making it one of the healthiest growths we have experienced,” revealed Gunasekeran.

“India is one of the top five markets for business events in Penang, and over the past years, we have received encouraging interest from event planners and conference organisers. In 2019, four per cent of business events of Asia-Pacific origin was from India, contributing RM268.6 million (US$65.9 million in estimated economic impact,” he added.