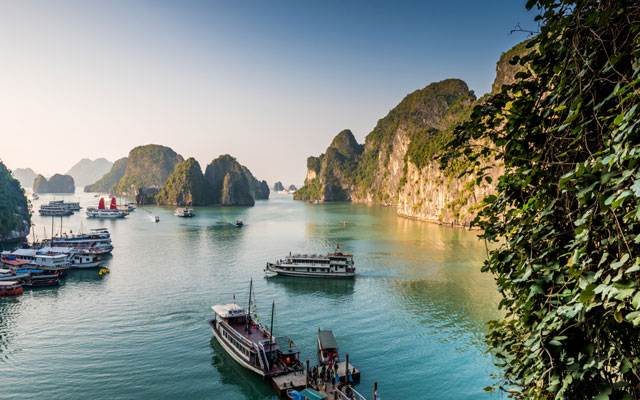 Foreign arrivals into Asia-Pacific destinations continued to grow faster than the global average in 2017, reaching a record volume high of more than 646 million arrivals relative to 2016.

According to the Annual Travel Monitor 2018 Final Edition released by PATA today, international visitor arrivals into 47 destinations in Asia-Pacific covered in the report increased by 5.7 per cent, or close to 35 million additional arrivals.

In percentage increase terms between 2016 and 2017, the Pacific had the strongest annual increase at 5.9% year-on-year, followed by the Americas at 5.8%, while Asia kept pace with the Asia-Pacific average of 5.7%.

Across Asia it was South-east and West Asia that each captured the largest proportion of additional foreign arrivals into Asia between 2016 and 2017.

While in the Pacific, Oceania received more than half of the additional foreign arrivals into the region, followed by Polynesia.

At the individual Asia-Pacific destination level, destinations with the strongest annual percentage growth rates in 2017 ranked as per Figure 1.

Of the destinations covered in this report, more than a quarter had annual volume increases of more than one million each, while close to 15% had between half a million and one million apiece.

The strong collective performance of Asia-Pacific destinations in 2017 appears to be continuing into 2018 as well.

Mario Hardy, CEO of PATA, pointed out: “Early results for 2018 show a collective annual increase in foreign arrivals into Asia-Pacific destinations of 8.7%, adding more than 25 million additional arrivals to the total inbound count during the first periods of 2018 relative to the same period of last year.”

Thirty-six Asia Pacific destinations had released year-to-date 2018 data on foreign arrivals at the time of preparing the Annual Tourism Monitor for 2018 and these are covered in some detail through the body of the report.

The strongest early performances are seen in a number of destinations.

“In general terms, the volume of foreign arrivals into most Asia-Pacific destinations now needs to be managed in terms of distribution across the destination, especially with growth rates remaining relatively high,” added Hardy.

“This includes shifting our focus from just the volume of arrivals to other performance metrics including length of stay and yield as primary indicators, along with developing a better and deeper understanding impacts of tourism on the environment and society at all levels, especially if we as a responsible economic sector wish to remain sustainable and therefore viable into the future.”

It is not only the international travel flows that have an impact, he added, with domestic demand for new travel experiences gathering momentum in many destinations.

“When coupled with international visitor flows, that creates a very powerful dynamic. It is incumbent on us all to ensure that we can properly harness and manage that power or else risk losing those very attributes that drive visitor interest in the first place.”