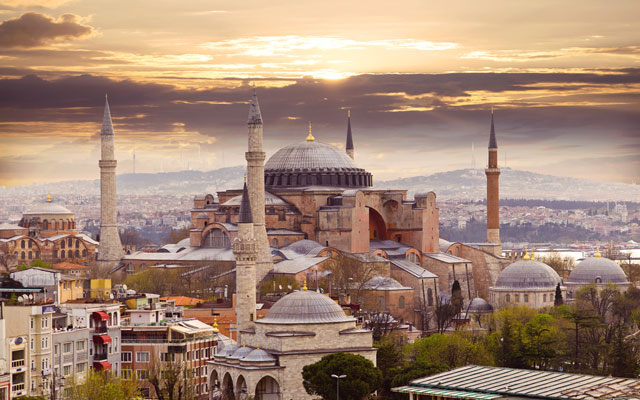 Total international arrivals into Europe grew by 6.1% in 1Q2018, led by 12.5% growth seen from longhaul markets, according to the Air Travellers’ Traffic Barometer produced by European Cities Marketing and ForwardKeys.

Eastern destinations are “still growing at incredible rates” and traditional destinations such as Rome make a comeback, the report summarised.

The top two destinations for longhaul travellers, London (18%) and Paris (16%), kept the same shares as in the previous quarter. Istanbul’s immense growth has led it to become the third top destination, with a share increase of two percentage points.

Overall, Seville jumped from a 18.2% increase in arrivals to 33.1%. New cities to the top 10 growing destinations compared to 4Q2017 include Rome, Budapest and Amsterdam, which mark a return to more traditional destinations.

Arrivals from most regions maintained growth rates above 10%. The Middle East (+18.1%) and Central & South America (+17.3%) are the regional markets leading in arrivals growth, while intra-European travel showed moderate growth.

The traveller profile of longhaul arrivals maintained a growing “leisure-related behaviour”, the study revealed. This is indicated by the larger pax per bookings growing the most, as well as lead times of greater than 120 days, increasing more than any other category.

In 2Q, although bookings for intra-European travel is seeing a decline of 3.6%, longhaul arrivals, ahead by 8.3%, are still making up for this.

The robust growth seen last quarter has slowed down, partly because the rebound from the terrorism-related crashes has ended. Istanbul (+50.5%) is again the most promising destinations in 2Q, appearing in both top 10 rankings by volume and by performance.

Swiss destinations Geneva and Zurich are new additions to the 10 fastest growing destinations in forward bookings, possibly thanks to the recent depreciation of the Swiss franc, making Switzerland a more affordable destination.