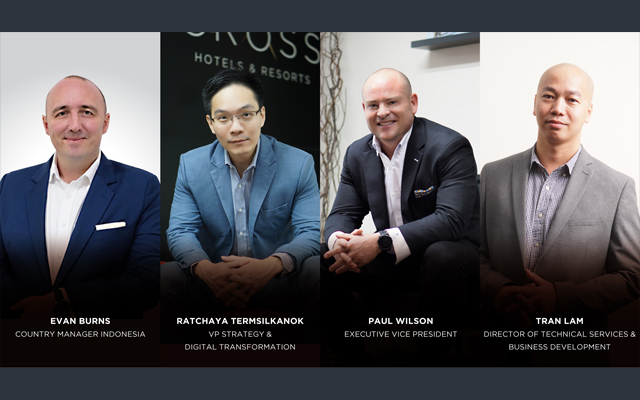 Paul Wilson has been made executive vice president.

In his new role, Wilson will be responsible for leading the group’s operations and executions, including brand development, sales and marketing, revenue management, guest engagement, digital transformation, and loyalty strategies.

Prior to joining Cross Hotels & Resorts in 2018, Wilson was vice president of sales for Thailand’s Centara Hotels & Resorts. He also held leadership positions for the Mantra Group in Australia.

Burns has been instrumental in signing new management agreements for several properties in Indonesia, as well as extending the brand’s footprint in Japan with the opening of Away Okinawa Kouri Island Resort.

Lastly, Tran Lam is now the director of technical services & business development. He previously took charge of several high-profile projects in Vietnam, China, and the UK, valued in excess of US$50 million.

Lam will be based in Vietnam to guide Cross Hotels & Resort’s expansion in the country.