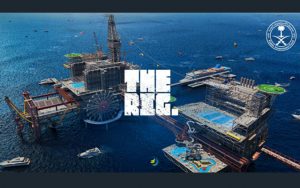 A 150,000m2 tourist destination inspired by offshore oil platforms, to be named The Rig, will open in the Arabian Gulf, backed by Saudi Arabia’s sovereign wealth fund, the Public Investment Fund (PIF).

While a completion date has yet to be set, PIF has revealed that The Rig will feature a number of tourist attractions, including three hotels, world-class restaurants, helipads, and a range of adventurous activities, including extreme sports.

In a press statement issued on October 16, PIF said the project is one of its key strategic sectors, and is expected to be a significant value-add to the local economy.

To ensure the sustainable preservation of the environment in the project’s vicinity, the project will follow leading global standards and best practices, further supporting Saudi Arabia’s broader efforts on environmental protection.

The Rig’s unique proposition is expected to attract tourists from around the world, while being especially popular with citizens and residents of the GCC countries in the region, stated PIF.

PIF is supporting Saudi Arabia’s tourism ambitions, and has in place a strategy for 2021-2025 to drive innovation in the destination’s tourism and entertainment sectors. It has several projects and companies in various regions within the country, including the Red Sea Development Company, Alsoudah Development Company and the Cruise Saudi Company.