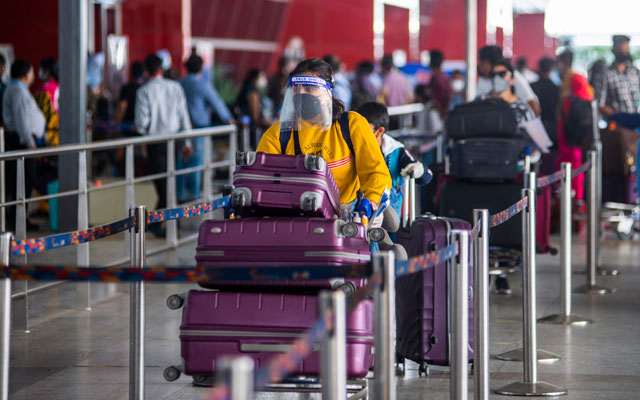 The road to recovery for Indian tourism stakeholders continues to be bumpy and uncertain with the government further extending the suspension on scheduled international commercial passenger flights till October 31, 2021.

The Directorate General of Civil Aviation (DGCA) announced the latest extension via a circular on Tuesday (September 28). The earlier ban on scheduled overseas flights was to end on September 30.

To add on to the woes of tourism stakeholders, the government has yet to announce the resumption of the e-tourist visa facility, which has been suspended since March 2020 due to the Covid-19 pandemic.

Sanjay Razdan, director of Razdan Holidays and joint secretary of the Indian Association of Tour Operators (IATO), shared that stakeholders had expected the Indian government to restart scheduled international flights and e-tourist visas from October 1.

“The IATO had made various representations to the Ministry of Tourism and other government authorities for the cause,” he said.

“We were also positive considering our major source markets like Europe have ensured that the majority of their population is vaccinated. Also, the Indian vaccination drive is going on in full swing.

“We were hoping for a positive announcement so that we can prepare ourselves to receive international tourists from November onwards.”

K Vijay Mohan, managing director of Holiday World and president of Tours & Travels Association of Andhra, opined that India is lagging behind other international markets in its tourism restart strategy.

India at present is allowing special international flights to operate in the country under the government’s Vande Bharat Mission (VBM) which launched in May 2020. Up till September 27, 2021, the national carrier, Air India, has operated 17,651 inbound flights under VBM.

“At present, travellers who are coming to India are arriving due to emergency reasons under other categories of visa. It is not a holiday and the majority of tourists would prefer not to pay the present steep fares to visit India,” said Lally Mathews, managing director, Divine Voyages.

Mathews added that Indian travel trade associations need to be more proactive if they want their issues to be addressed by the government.