India's latest Covid-19 infection surge has been disruptive to her people and the destination brand, but Rajeev and Rohit Kohli, the joint managing directors of Creative Travel, believe that the country will bring that under control soon with her continued vaccination drive, stern lockdowns, and resilience of her people. 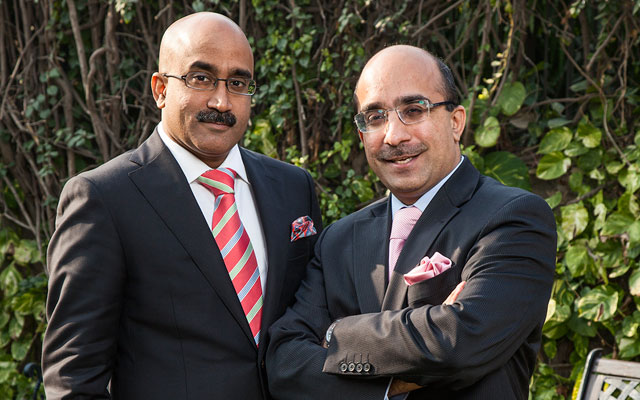 The world is now reading and watching headlines of a story unfolding in India of widespread infections, mass cremations and all-around anguish.

The stories are not all false, of course. It will be irresponsible for us to say otherwise. What happened? How did we go from being a global role model of controlling the infection to a living nightmare in less than a few weeks?

It was simply our complacency and overconfidence spiced with administrative incompetence and political upmanship. All those elements that every other major country in the world has been through in their subsequent waves. We just hit our second wave much later than everyone else. Today, we see other great nations like Japan and Canada also seeing a new wave and imposing lockdowns.

As you see images of India this week, let’s not forget all the images we saw of body trucks in New York or stretchers on the street in Italy. The world is all the same. We have all suffered the same aspects of the pandemic. A small difference in India is that our last rites are very public, very poignant and very visual, and that makes for good news headlines and graphics. As much as we hate it, we need to accept that media markets tragedy.

Till February, as the number of cases dropped across our country and Covid restrictions reduced, people became freer and started getting back to their everyday lives. We dropped our guard. Our governments, central and state, allowed for large political and religious gatherings (in the millions), and this was perhaps just (the) opening that the virus was looking for. Our governance lacked the foresight to see what was coming. The second wave came so fast that it took us all by surprise. We were not prepared.

Things are catching up, though. Medical facilities and supplies are being ramped up on a war footing, and we expect that there will be more of a balance in the next few days.

Don’t forget that India has some of the best doctors globally, and we salute the medical teams working under intense pressure. India has always been called the Pharmacy of the world; 60-plus per cent of all global vaccines for most of the pharma giants are manufactured in India.

It will be too late for some, but the rest are getting help. We do expect more people to get infected, 85 to 90 per cent being mild and recovering with home treatment. The overall recovery rate is also very much higher.

India is running the world’s most extensive vaccination programme. On March 1, it was opened to anyone aged above 60 years old; on April 1 to anyone over 45 years; and from May 1 all adults, aged over 18 will be eligible to get the vaccine. Some 39,484 vaccination centres are operating seven days a week, and so far, 138.6 million doses have been administered. India’s millions of doctors, healthcare and frontline workers had all been vaccinated by February, one of the few large countries in the world to have achieved this. This is also a reason there are very few cases of doctors falling ill.

India donated millions of vials to neighbouring nations and other developing countries. The largest vaccine producer in the world is in India and is working overtime to fulfil all its orders. Unfortunately, (production) has been road blocked by a stoppage of supplies of raw materials from some major western countries, which (the producer is) trying to resolve.

We do expect strict lockdowns to be imposed again soon, and we all agree we need some of that. Delhi and Mumbai have already taken these steps. We need to break the chain. It does not alarm us as we now know how to navigate life in that state. The past lockdowns helped us last time, and now with this and the vaccination drive, it will help even more. The silver lining on this dark cloud is that all essential services are operating just as normal, so nobody’s daily lives at home are impacted at all.

Indians are a resilient lot. We have been through many a crisis before, and we have learnt how to support each other. The grassroots support systems that have come up across the country are so heartwarming. No matter what religion or belief they have, all have come together to work as a team. People have grouped to lend a hand…to anyone who needs it, whether it is to deliver home-cooked meals to those in isolation or oxygen cylinders. There are support lines and WhatsApp groups working overtime to make sure we all get through this together.

And we shall! We are a very spiritual nation. As we face the realities of this pandemic, we also look inward for strength from our beliefs. Like all our tragedies and trials of the past, we shall rise as a proud nation, bonded as one to show the world what Indians are made of.