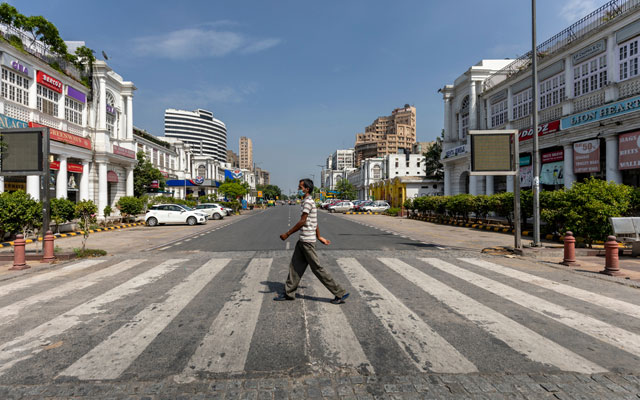 A fresh explosion of Covid-19 cases in India has extended the destination’s road to recovery, upsetting travel and tourism players’ efforts to rebuild both domestic and international business.

The latest wave of infections in early April has impacted almost the entire country, especially in key tourism destinations such as New Delhi and Mumbai, resulting in lockdowns and night curfews. There are now more than 15 million confirmed cases across the country at press time.

E M Najeeb, chairman of ATE Group of Companies, which has businesses in travel and hospitality, said the latest development has dimmed future prospects.

“The rising number of Covid-19 cases in India is worrying. We were expecting some green shoots to sprout in international demand beginning September this year, but now the future looks challenging,” commented Najeeb.

Some countries, such as the UK and the US, have responded this week with advisories against travel to India. Both are important source markets for India pre-pandemic, with the UK contributing 9.2 per cent of total international tourist arrivals in 2019 and the North American market holding a share of 17 per cent.

According to a recent ForwardKeys study, North American markets are expected to grow strongly for Indian inbound while markets like Europe are expected to record a decline. However, some Indian tourism players find it too premature to predict a shift in demand pattern.

“The demand that we are seeing from North American markets is mainly from the Indian diaspora,” said Ravinder Kumar, managing director, Indian Legend Holidays, who added that the resumption of tourist visas – presently suspended – is key to the recovery of the inbound sector.

“Restarting of e-tourist visas and reinstatement of scheduled international flights, at least to those countries with which India has travel bubble arrangements, are critical for the revival of Indian inbound market,” echoed Subhash Goyal, chairman of STIC Travel Group.

Najeeb believes that new tourism source markets will emerge once the pandemic is over. He is placing his bets on the Middle East and Far East, but remains confident that the traditional source markets of the US and Europe will still be important.

He has started engaging counterparts in the Middle East and Far East to gauge the needs of travellers, and has plans to organise familiarisation trips for tour operators based there.

Recovery could also come from niche travel segments, such as wellness and religious tourism.

Arun Anand, managing director of Midtown Travels, told TTG Asia that wellness seekers from the US and Europe would desire India post-pandemic, and they would likely do long-stay programmes.

He also urged Indian destination marketers to focus on Buddhist tourism as a means to rebuilding inbound business.