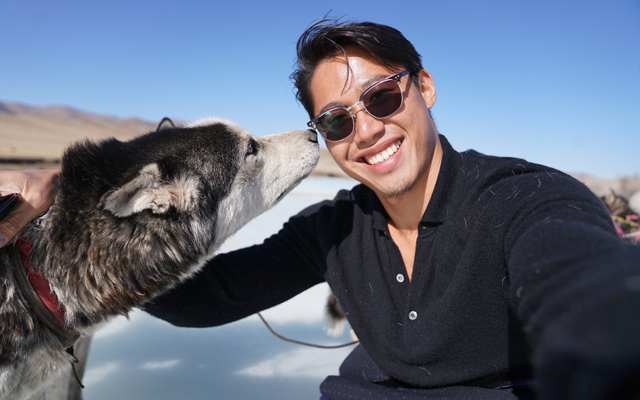 What started as a travel community created with friends and family in 2017, soon blossomed into a full-fledged boutique travel agency Beyond Expeditions for Singaporean millennial Scott Tay.

When asked why he picked Mongolia as part of the tour itinerary, Tay told TTG Asia: “I was tired of working and took a long break, and one of the places I visited was Mongolia. What I liked about the country was the sense of freedom out in the countryside. I felt liberated, and there was nothing to distract me from living in the moment. Everything was so crisp, clear, and I swear I could even hear the birds chirping louder. This is precisely why I want to introduce more people to Mongolia.”

Tay added that he saw a way of bridging the geographical distance between Mongolia and Singapore by helping to fill the logistics gaps, given that he has visited the East Asian country countless times since founding his company in 2017.

A typical winter itinerary for Mongolia, for instance, may include a 30-minute husky ride for a group with a large travel agency. For Tay who hopes to give his travellers the unique experience of a nomadic life, he puts them on a three-day husky sledding expedition that includes bonding with the dogs and camping in the wild, on top of mushing through the snow.

To spread the word about Beyond Expeditions, Tay has hosted sharing sessions at Travel Revolution, as well as run numerous ads on Facebook and Instagram – the latter targeted at millennials. Business has been growing year after year, with Beyond Expeditions having served over 300 clients to date.

Besides millennials, Tay shared that some of his travellers are in their late 30s and 40s, with more of those in their 40s dropping him enquiries in recent times. His largest group of clients, however, are solo female travellers, which account for a whopping 98 per cent.

“There are many Singaporean ladies who are very curious about travelling to these off-the-beaten-track destinations, (and would like a group to travel with to err on the side of caution),” explained Tay.

While Tay is currently contented with Beyond Expeditions’ portfolio, his future goal is to have a repertoire of five countries, which will evoke a strong sense of adventure and bring about unique experiences.

“We are positioning ourselves as travel specialists. If I were doing, say, more than five countries, I don’t think I’d be a specialist anymore,” he said.

Echoing the sentiments of other tourism industry leaders, Tay believes that experiential travel will continue to grow in popularity, and there will be a shift away from “typical Singaporean holidays like shopping trips to Bangkok”.

“People are starting to tire of the conventional way of travelling. They crave for more experiences that will leave an imprint in their hearts,” Tay opined.

He elaborated: “We don’t embark on these tours for our own leisure, and we try to get our friends and family to support us in the cause by donating money directly to the organisation while we put in the effort in walking – or kayaking – for the expedition. The journey is usually harsh, for example, (trekking through) Mongolia (during winter lows of) minus 50 degrees celsius together with other cancer survivors.”

Beyond collecting donations, Tay and his expedition crew aim to inspire others in similar situations through these voyages, as well as send a strong message to cancer survivors and patients that there is life after cancer.

“For me, it’s about having a purpose. And I’m always up for trying and learning new things every day. That is what excites me and keeps me going,” Tay concluded.