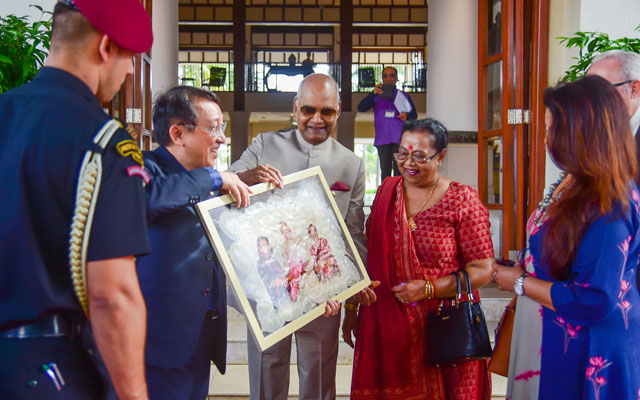 On a three-day visit to Vietnam, Indian president Ram Nath Kovind identified tourism and civil aviation as sectors that the two countries can build on together, alongside financial services, IT and the digital economy and more.

Speaking at the Vietnam-India Business Forum in the Vietnamese capital, the president pointed to the country’s historical friendly relations, and stressed that trade is a driving force of their diplomatic ties today.

In the past eight years, there has been an almost four-fold increase in bilateral trade, from US$3.7 billion in 2010 to US$12.8 billion in 2017. With both Vietnam and India on a path of high growth, this trend is expected to continue.

The president added the Vietnam-India business relationship presents prospects for engagement in financial services, IT and the digital economy, hydrocarbons, defence, renewable energy, mining, healthcare, tourism and civil aviation, among other sectors.

The president and his spouse started their official visit at the Furama International Convention Palace.

He was welcomed by secretary of the party committee of Danang city Truong Quang Nghia and met with general secretary of the Communist Party of Vietnam Central Committee and president Nguyen Phu Trong, and separately with National Assembly chairwoman Nguyen Thi Kim Ngan and prime minister Nguyen Xuan Phuc.

This was his first state visit to Vietnam, and also his first trip to South-east Asia since he took office in July 2017.