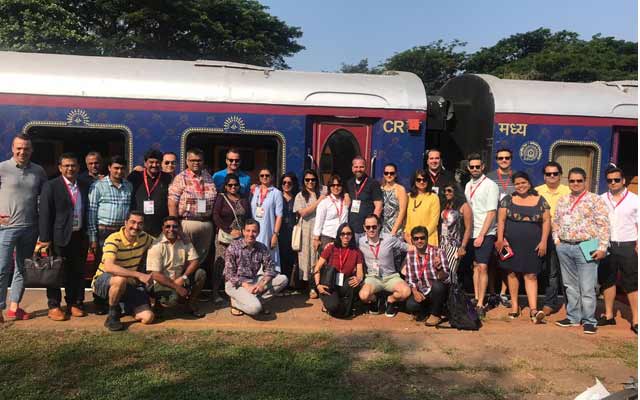 Key partners included the cities of Zurich, Lucerne, Interlaken and St. Moritz, regions such as Lake Geneva Region and the Swiss Travel System, among others.

As The Grand Train Tour of Switzerland encompasses the country’s top attractions and marks a key aspect of promotions for 2018-19, Switzerland Tourism also saw it opportune to offer a unique networking experience on Deccan Odyssey to Goa for its 22 suppliers and 34 buyers this year.

Switzerland’s appointment of Bollywood actor Ranveer Singh as the brand ambassador in August 2016 has led to increasing number of Indian overnights, according to Switzerland Tourism in a statement. In 2017, Switzerland recorded a 23.4 per cent increase in the overnights spent by Indians.

“Our numbers this year are also encouraging – we are up 10 per cent in hotel overnights in the period January to August 2018 as compared to the same period last year,” said Claudio Zemp, director – India, Switzerland Tourism.

“Besides this campaign, we also continue our travel trade campaigns – with regular webinars, training sessions in tier 2 and tier 3 cities as well our new e-learning modules on the Switzerland Travel Academy.”