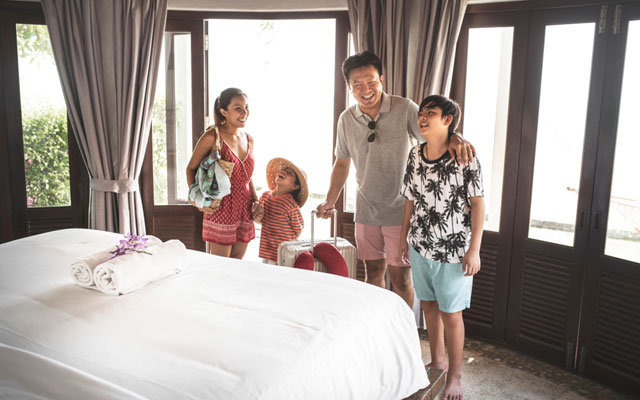 Singaporeans are nearly as enthusiastic about staycations as they are about overseas trips, found a new Expedia study, which identified parents with kids as being the most avid staycationers.

The study revealed that six in 10 Singaporeans had gone on at least one staycation in the past 12 months.

It also showed that Singaporeans averaged 2.4 staycations over the past year, just under the three personal overseas flights they take in a year.

“Over the years, staycations have been growing in popularity among Singaporeans. Based on our historic data, we saw year-on-year increases of 25% in 2016, and 40% in 2017 for local hotel bookings by Singaporeans on Expedia.com.sg,” shared Simon Fiquet, managing director, global series markets, Brand Expedia.

“Not only does this underscore the growing appeal of Singaporeans being tourists in their own backyard, staycations have also become quick and easy alternatives for Singaporeans to take a short break without the need for detailed planning or extensive travelling.”

Corresponding to this trend, the months of June and December also came up tops as the most popular staycation periods.

Forty-one percent of staycationers go on a staycation in December, 32% in June, 18% in November and 17% in March.

In addition, 70% of staycationers who are married with kids typically go on a staycation in the school holiday months of June, November and December.

Besides being the most avid group of staycationers, the discretionary spending among those married with kids is also one of the highest among groups, with spending on staycations averaging S$238 (US$174) a night, second only to those who are married without kids.

Additionally, 45% of those who are married with kids stayed three to four nights on their last booked staycation and 68% of them went with three or more people on their last staycation.

With family-friendly facilities, proximity to tourist attractions, and easy access to complimentary Wi-Fi and breakfast, it came as no surprise that hotels are the preferred staycation option among Singaporeans.

Notably, parents with kids stood out from the crowd with their preference for hotels, especially for five-star hotels. Nine in 10 (89%) staycationers who are married with kids booked a hotel for their last staycation. Out of that, 39% of chose a five-star hotel and 55% chose a four-star hotel.

In terms of activities that staycationers engage in, making use of hotel facilities (70%), visiting nearby attractions (62%), dining in (56%), going shopping and watching movies emerged as the five most popular activities among the respondents.

With seven in 10 (66%) of Singaporeans likely to book a staycation in the next 12 months, the study also uncovered insights into the key motivational factors for booking an upcoming staycation.

However, among those who are married without kids, complimentary upgrades emerged as the top consideration factor. This reflects the tendency for this group of staycationers to prefer pampering experiences over convenience and cost savings, as compared to single staycationers, who displayed clear preferences for free breakfast and great deals.

Among Singaporeans who are married with kids, 32% indicated free breakfast and convenient locations as their top two considerations.