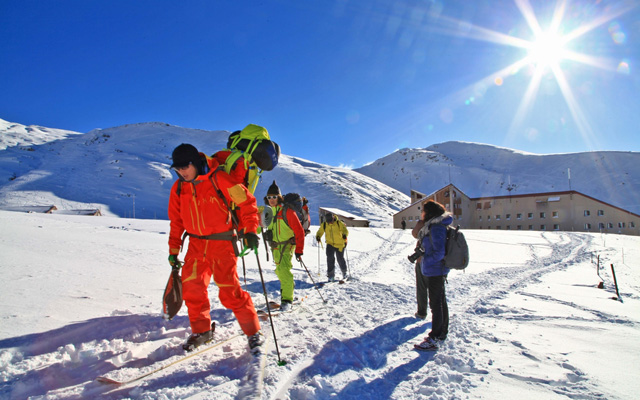 The snow holiday market has seen rapid growth in Asia-Pacific, and continues to be dominated by the higher-income travellers, according to the region’s first snow holiday report launched by Club Med.

The study, supported by market research specialist Insightzclub, sampled 5,500 respondents across 11 markets from China to Australia.

In the last three years, there were 238 million travellers in the region’s snow holiday market – and over half (138 million) were recorded in the last 12 months.

Top snow hunters in Asia-Pacific
Not surprisingly, China is the largest market of snow enthusiasts, followed by India and Japan.

However, markets with little or no snow such as Hong Kong, Singapore and Indonesia are showing strong growth, albeit from a smaller base, as they seek more experience-based holidays and fresh, clean air.

Currently snow holidays remain the preserve of the new affluent class and above. Some 85% of Asian snow holiday goers enjoy a household income of US$4,000 or more – 33% higher than the comparable general Asia-Pacific population.

While the average age of the snow holidaymaker is 38 years old, countries with large millennial populations such as China, Malaysia, Indonesia and India are a younger average age of 34 years old. Japan is the oldest average age of 45 in line with its national demographic.

Women hit the slopes
Notably, while holidays are traditionally male dominated, the report shows some markets pointing to a strong female bias and growing interest in outdoor snow adventures beyond skiing and snowboarding.

Beyond winter sports
Unlike in North America and Europe markets which are very ski and snowboard centric, Asia-Pacific travellers are looking for a much more diverse snow experience, sometimes with no ski/snowboard practice at all.

With food at the heart of many Asian cultures, it is not a surprise to see eating local delicacies (53%) top the list, followed by spending time with family and friends (51%) and other mountain fun activities (50%) rounding off the top three.

Local attractions (47%) and contact with nature (47%) are also popular considerations. Spa makes into the top 10 activities for a well-rounded holiday with resorts expected to be well-equipped with access to all the necessary facilities.

Significantly, 29% also cited doing nothing as a reason to go to a mountain destination indicating a desire to just get away from it all and enjoy their environment.

Where snow hunters are going
Nine out of 11 markets reported Japan as their top choice for a snow holiday in the region.

Behind Hokkaido, resorts in South Korea were attractive across Asian markets, ranking second while the nascent Chinese snow holiday scene came in a strong fourth. With the conclusion of the Winter Olympics, PyeongChang in South Korea in 2018 and the Beijing Winter Olympics in 2022, interest in both these destinations continues to be fuelled.

The surprise came from Switzerland, ranking third regionally and first among longhaul destinations.