After recording strong growth in tourist arrivals from the Indian market in the first eight months of 2018, Indonesia is now stepping up efforts to improve air connectivity between the two countries.

“We are working to renew the air services agreement between the two countries to have more flights. The negotiation for renewing air service agreement will begin this year. We are pushing for direct flights between New Delhi-Jakarta sector,” Sidharto Suryodipuro, Indonesian ambassador to India, said during the New Delhi leg of a sales mission organised by the Ministry of Tourism of Indonesia.

The ambassador shared that one major Indian private airline and another Indonesian carrier are looking to mount direct flights between the two countries. Presently, no Indian airline flies directly to Indonesia, although two Indonesian carriers operate flights to India.

Garuda Indonesia began its first direct flight between India and Indonesia, connecting Mumbai and Jakarta, in December 2016. The Indonesian flag carrier introduced thrice-weekly flights on the Denpasar-Mumbai route earlier this year, and is expected to add one more weekly flight on the sector this month.

Apart from Garuda Indonesia, Batik Airways is operating flights from Chennai to Medan and Chennai to Denpasar.

“As of last year, all 27 fights per week entitled to Indonesian carriers were utilised but Indonesia AirAsia stopped flying to India post the volcanic eruption in Bali. This left 10 slots per week vacant, so now we are looking at filling those vacant slots before extending our air service agreement with India to add more flights,” said Sidharto.

The Indonesian NTO recently concluded a multi-city sales mission covering Mumbai, New Delhi, Hyderabad and Bangalore. Furthermore, Badung, a regency in Bali with high concentration of tourism activities, also organised a sales mission in August with the Indonesian Ministry of Tourism to visit the cities of Chandigarh, Jaipur, Lucknow and Kolkata.

“We organised sales missions in India in the months of January or February. This time we organised additional sales mission in the month of August that saw participation from 21 Indonesian suppliers. We are planning to organise another one in November as well,” said Raden Sigit Witjaksono, director of marketing region III, Ministry of Tourism, Indonesia.

Indonesia’s target of 700,000 is a 40 per cent increase in its Indian tourist arrivals recorded in 2017. To achieve this target, the ministry recently also signed a strategic agreement with MakeMyTrip, one of India’s leading online travel companies to run promotional campaigns across its platforms to endorse Indian outbound to Bali, Jakarta and other regions in Indonesia.

Rajesh Magow, co-founder and CEO-India, MakeMyTrip said: “Indonesia, especially Bali, is one of the top favourite international destinations among Indian travellers and this partnership will help us tap into the massive potential.”

Nia Niscaya, deputy minister of tourism marketing, Ministry of Tourism, Indonesia, said: “The footfalls of Indian travellers holidaying in Indonesia have skyrocketed in the last couple of years. The ministry is taking additional steps to achieve incremental growth from India such as through our association with MakeMyTrip. We are also looking to extend partnership on the same lines with other major Indian travel companies like Cox & Kings in the near future.” 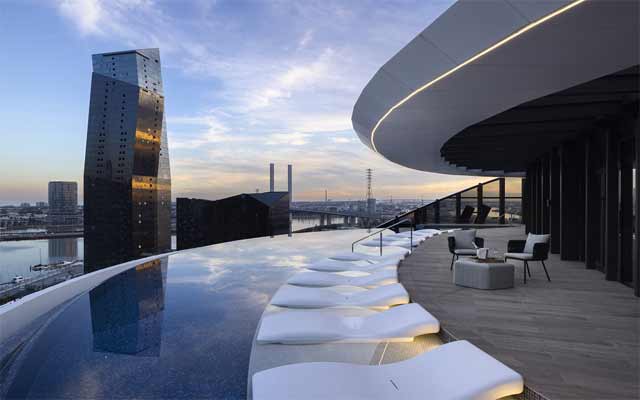