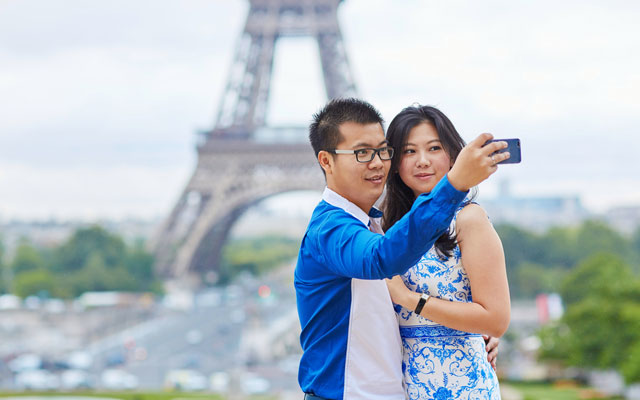 Chinese demand for customised travel surged 300 per cent in 2017, with European destinations most favoured among those eschewing traditional package deals, according to a joint research by ForwardKeys and the China Outbound Tourism Research Institute (COTRI).

Summer bookings are ahead 13.5 per cent, and there are currently over 120,000 new orders a month, representing a market share of almost 15 per cent, according to the study.

Data from ForwardKeys, which predicts future travel patterns by analysing 17 million booking transactions a day, further shows that China bookings for Europe are ahead 10.5 per cent this summer.

Europe – and particularly the UK – are the destinations most favoured by the new breed of Chinese travellers opting for customised holidays.

This group of travellers tend to be younger than average, “money-rich and time-poor”, ForwardKeys observes. They are prepared to pay more than average for the chance, for instance, to stay in a glass igloo in Finland or propose to their partner in front of the Eiffel Tower.

And according to Chinese OTA Ctrip, travellers customising their holidays typically spend around US$400 per person per day, a number set to grow further.

Until recently, mass-market package tour groups from China drove inbound volumes for destinations, but their spending was limited to famous landmarks during high seasons. Ctrip says the trend is to make customised travel an “affordable luxury”, available to more Chinese.

Wolfgang Georg Arlt, COTRI founder, said: “Europe is a perfect example of destinations that have great potential to fulfil the demand for customised travel from China, owing to its rich history and broad cultural diversity.”

ForwardKeys CEO and co-founder, Olivier Jager, added: “There is a bright future for organisations involved in Chinese travel to Europe. As a longhaul destination, Europe has the largest market share of Chinese outbound travel, receiving 9.3 per cent of the market. Over six million Chinese citizens visited Europe as their first stop in 2017; and our figures show more growth this year.”

With the growing popularity of customised holidays, the demand for travel service providers has not waned, Arlt remarked.

“Visas, entry tickets and transport can be difficult for individual travellers to arrange by themselves and even more so in the face of language barriers. The time difference and varied ways of communicating can present complications to those travellers who are making their own arrangements. Accordingly, there is a strong demand for travel professionals to provide extensive travel services.”