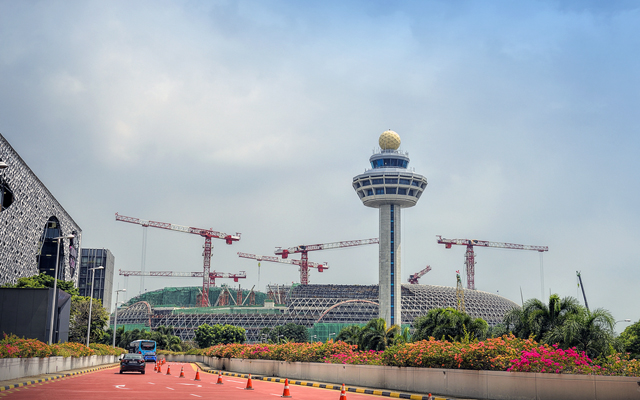 In 2017, Singapore Changi Airport handled a record 62.2 million passenger movements, up six per cent year-on-year, with landings and take-offs growing 3.5 per cent to reach 373,200.

Traffic across all regions saw positive growth, led by China and India which saw increases of 12 and 16 per cent respectively. South-east and North-east Asia contributed to about 70 per cent of total traffic.

Connections to Kuala Lumpur grew seven per cent, replacing Jakarta as Changi’s top city link for 2017. Among Changi Airport’s top 20 destinations, Guangzhou was the fastest growing (+15 per cent), while Brisbane, Penang and Phuket recorded growth of at least six per cent.

December was once again the busiest month of the year, with nearly 5.9 million passenger movements (+3.3 per cent) and 32,960 aircraft movements (+3.1 per cent). The busiest day of the year was December 22, 2017 with 208,043 passengers passing through Changi’s terminals – a record for the airport.

Also notable were the airport’s efforts to cater to the fly-cruise and fly-ferry markets, on top of continuing its courtship of MICE and transit segments. A new shuttle service was introduced last year to facilitate transfers between Changi Airport and Tanah Merah Ferry Terminal, and this has seen a ridership of close to 10,000 passengers in its seven months of operations.

To grow the fly-cruise market, the Changi Airport Group (CAG) has also signed various collaborations with cruise companies – which are expected to bring in more than 600,000 visitors over a four-year period.

“Looking ahead in 2018, we expect to see more developments in the longhaul segments to Europe. This includes Scoot’s non-stop service to Berlin, and LOT Polish Airlines’ service connecting Singapore and Warsaw. We will also welcome the return of Qantas’ Singapore-London route and an overall increase in seat capacity between Singapore and Australia, as well as Lufthansa’s resumption of its service to Munich,” said Lim Ching Kiat, CAG’s managing director, air hub development.

CAG will also continue efforts to strengthen connectivity to secondary cities in China and India – its fastest growing markets in 2017, Lim added.

Demand for air travel in Asia-Pacific is expected to triple in the next two decades. With the opening of Jewel Changi Airport and the completion of Changi’s Terminal 1 expansion in 2019, Changi Airport’s total handling capacity will increase to 85 million passengers per annum.