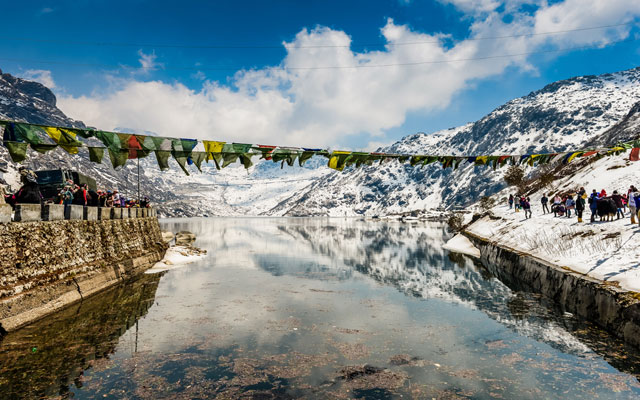 In the aftermath of separatist agitation in parts of neighbouring Darjeeling, India’s northeastern state of Sikkim is looking beyond its traditional visitor markets and pinning hopes on South-east Asia to help revive tourism.

Visitor numbers allegedly took a hit in the 104 days of separatist agitation in Darjeeling that forced a shutdown of the destination. The movement has since been called off.

“There has been a decline to the tune of 90 per cent in tourist arrivals post the agitation demanding ‘Gorkhaland’ (that) began few months back. In September alone tour operators recorded about 40 per cent cancellations. The fact that many countries issued advisories cautioning their citizens to avoid travel to our state hit our international tourist arrivals,” said C Zangpo, secretary, tourism & civil aviation department, government of Sikkim.

The impact could be attributed to the landlocked geography of the state, connected to the outside world through National Highway 10, 70km of which lies in Darjeeling, while Bagdogra airport in the Darjeeling district presently offers the only air link to the state.

As part of plans to reinvigorate tourism, the state tourism department is looking at South-east Asian markets including Thailand, Singapore and Vietnam, primarily focusing on its Buddhist offering. The state is home to about 200 monasteries.

“Traditionally, the US and Europe have been our key source markets for international tourism. Now we are eyeing South-east Asian markets too. To begin with we will host a fam trip for tour operators in Thailand in October and later this year we also plan to organise a roadshow in Thailand,” said Zangpo.

The tourism department is also holding talks with the North Eastern Council to explore advertising opportunities in South-east Asian markets.

As well, the tourism department is working on restoring the destination’s safety image among foreign tour operators, Zangpo said. It will host a fam tour for international tour operators in December on the sidelines of International Tourism Mart (ITM) that takes place in northeast India annually.

“Even during the agitation, National Highway 10 was open for travellers and there was no untoward incident involving any tourists. We are taking the help of different media platforms to dispel any negative notion regarding safety of tourists visiting Sikkim,” Zangpo reassured.

Boding well for tourism, the landlocked state is set to get its first airport in December.

“We expect that once the airport comes up it will result in a significant increase in international tourist arrivals. The rugged terrain from Bagdogra to Gangtok makes the road journey uncomfortable. Air India, IndiGo and Jet Airways have shown interest to operate flights to the new airport,” he said.