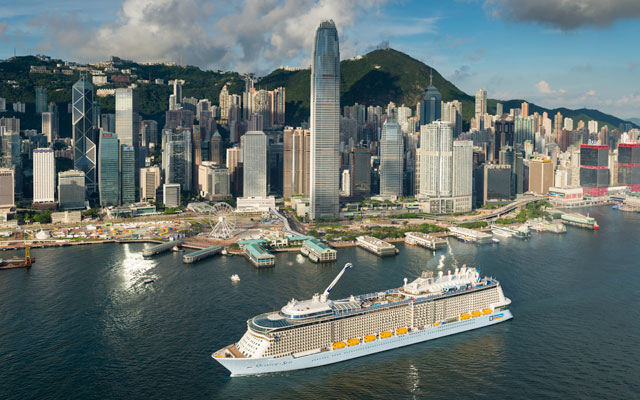 In 2017, Asia’s booming cruise industry saw 10,196 operating days scheduled, a 137 per cent increase from 2013, effectively tripling the total passengers carried from 1.5 million in 2013 to 4.2 million, according to newly released figures from Cruise Lines International Association (CLIA).

Sixty-six cruise ships are being deployed in Asian waters for the year, including five mega ships (more than 3,500 passenger capacity), 13 large (2,000-3,500 passengers), 26 mid-size, 17 seasonal small ships and five seasonal expedition ships. This marks a 53 per cent growth from the 43 ships cruising Asia in 2013.

The report found that Asian travellers predominantly take cruises within the region. Out of the 2,086 sailings scheduled for Asian waters in 2017, 1,992 cruises (95.4 per cent) will remain within Asia, while an additional 94 voyages are scheduled to pass through the region. Total sailings in and through Asia has increased 142 per cent, from 861 cruises and voyages in 2013 to 2,086 in 2017.

In 2016, a total of 3.1 million Asians took cruises, 55 per cent more than in 2015. Of these, 68 per cent or 2.1 million were from China, a market which grew by 99 per cent last year and at a four-year CAGR of 76 per cent, making the country the world’s fastest-growing major source of passengers.

Meanwhile, the direct economic contribution of cruise tourism across North Asia last year consisted of US$3.2 billion in direct expenditures, US$1.5 billion in value-added goods and services, and 23,697 full- and part-time jobs paying US$754.5 million in employee compensation.

Combining the direct, indirect and induced contributions, the total economic contribution of cruise tourism in the three North Asia economies of China, Japan and South Korea amounted to US$7.2 billion in output, US$3.2 billion in value-added goods and services, and 51,631 full- and part-time jobs paying US$1.5 billion in employee compensation.

Commented Joel Katz, executive director, CLIA: “While the Asian cruise market has grown tremendously within the past four years – it has the potential to capture a much larger percentage of the Asian population, which could catapult Asia’s capacity share ahead of competing markets.”